Being the most dynamic city in Vietnam, Ho Chi Minh City is not all about modernization. There is a myriad of French architectural structures standing inside the heart of the city and becoming its own symbols. One among many is Saigon Opera House, also known as the Municipal Theatre Saigon. Designated as a national relic in 2012, this impressive building should be on top of the must-visit attractions in your Ho Chi Minh City tour.

Saigon Opera House was originally constructed in 1898 as an entertainment center for the elite in French Colonial times. However, due to the appearance of nightclubs, music bars, and dance halls, Saigon Opera House lost its customers gradually. In 1944, the opera house was bombed by Allies’ planes, causing serious damage and leading to the shutdown of Saigon Opera House. The opera house was renovated and functioned as the Congress House (later called the House of Representatives) of the Republic of Vietnam in 1955. 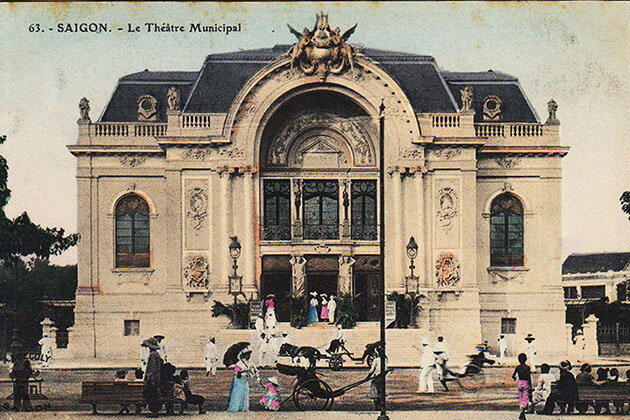 After the Reunification Day in 1975, Saigon Opera House was restored to its original function as performing arts. The city authority provided a huge renovation to preserve the intact French architectural style of the opera house in 1988. Saigon Opera House is now a famed venue for many important events and cultural – entertainment activities of the city.

The uniqueness of Saigon Opera House is undeniable. This appealing structure owes its unique characteristics to the work of the famous architect Félix Olivier and the construction was under the supervision of two French architects in 1900. The sculpture which can be observed in both the exterior and interior of the building is one of the outstanding architectural attributes of this opera house. The house boasts stone-carved ornaments and statues at the entrance, crystal chandeliers, and shiny granite floor at the lobby area which was totally built with materials imported from France.

The architectural style of Saigon Opera House generally follows the “flamboyant style” of the French 3rd Republic. Any visitors who have been to France can easily recognize the façade of this opera house is significantly influenced by the style of Petit Palais – a magnificent art museum constructed in France in the same year. 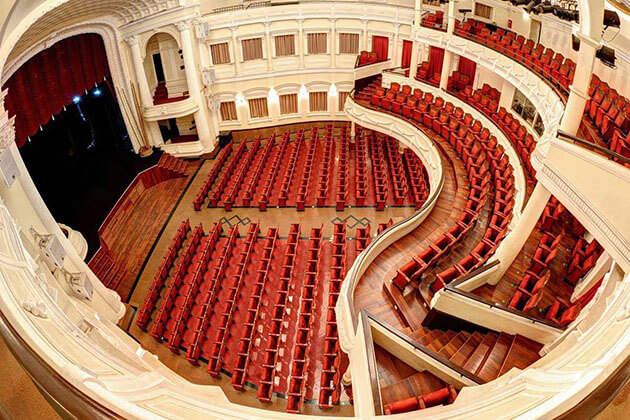 Inside the opera house, there was a central seating area on the orchestra level and two levels of seating above. Saigon Opera House can accommodate 1,800 guests at the same time. The building stands out as one of the splendid sights in Saigon – both night and day. It is equipped with modern electrical facilities, lighting and sound systems. At night, you can admire the magnificence of the house illuminated with colorful light. Young people come here to hang out, taking photos and enjoy the bubble tea.
In front of the house, there used to be a small park with fountains. However, since the Ho Chi Minh City Metro project commenced in 2008, this green park has been removed, fenced and covered by large panels.

The name of the show derives from Lang Pho, which means “village and city”. The idyllic show amazingly depicts the beautiful charms and cultural richness of Vietnamese life in the countryside, contrary to the rising urbanization. An impressive mix of bamboo cirque, acrobatic acts, contemporary dance, and theatrical visual art is stunningly performed in the show. This beautiful blend of genres creates a unique stage language that captures excellently the essence of Vietnam’s vibrant culture. 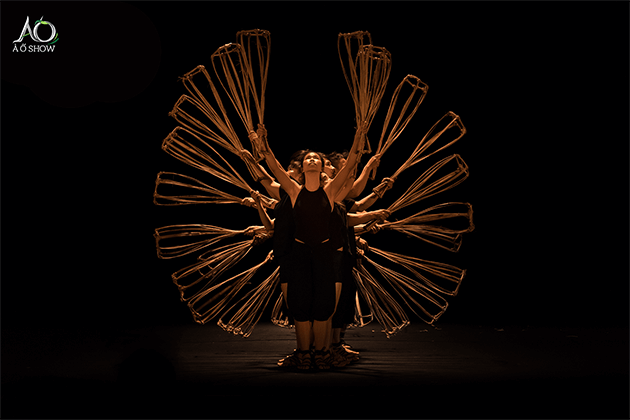 The Dar enables the audience to take the adventure of the mesmerizing world of Vietnamese highlanders. Translated as “going in the circle” from the language of the highland tribe K’ho, The Dar show embraces and preserves the beauty and uniqueness of Vietnamese tribal cultures. 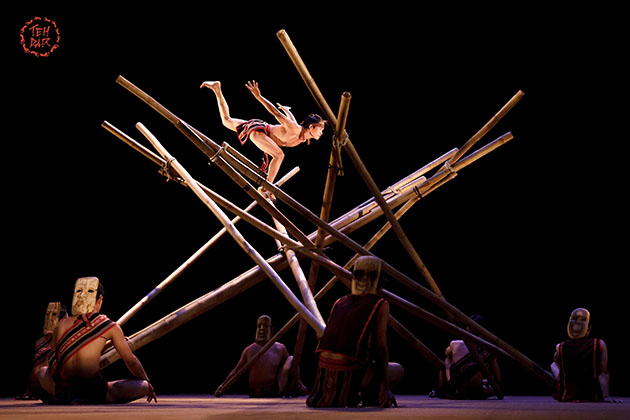 The Mist tells you a story of Southern Vietnamese farming life expressed through neo-classic and modern dance by skillful artists. The show uses rice cultivation as a metaphor to appreciate farmers’ dedication and their hardship to rise up rice on humble muddy soil, from the foggy dawn on the fields to the moment they show up like shining pearls at harvest. 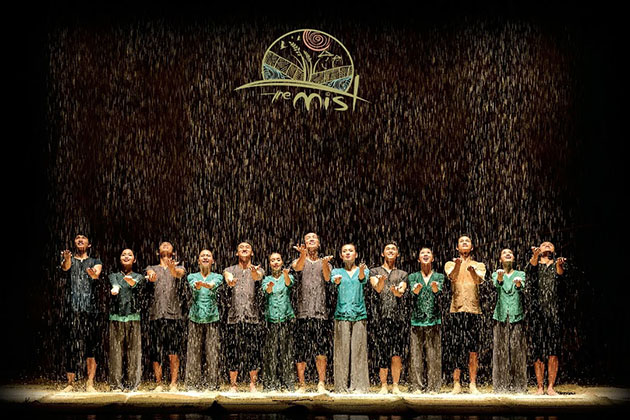 The Mist lasts for one hour of emotions, with a myriad of the ups and downs painted by the sensational live music, magnificent visuals, and lively lighting effects.

Address:
No.7 Cong Truong Lam Son, District 1
Opening hours and entrance fee:
In fact, there is no actual opening time as well as entrance fee for Saigon Opera House as it is only opened when there are performances and events taking place. The thing you need to do is to buy the ticket for the show you prefer. Its price varies depending on the type of show, the seat and time you book it. To follow the schedule, you can refer to the website Lune Production or at the box office next to the house which works daily from 9 AM to 4.30 PM. You can buy a ticket at the box office, or you can book on the website.
What to wear in Saigon Opera House:
People going to the attraction often dress up, especially on important occasions. However, you can also wear your smart casual clothes as well.
How to get to Saigon Opera House
Situated in the very heart of Ho Chi Minh City, Saigon Opera House is close to many symbolic attractions of the city and you can easily get there on foot.