Ho Chi Minh City (formerly named as Saigon) is a dynamic city and leading commercial center of Vietnam. There are no other cities in Vietnam can compare with it. Ho Chi Minh city is named after Uncle Ho owns many big advantages to become the hot destination for MICE Tours. If you are thinking of the MICE in a Southeast Asian country, then travel to Vietnam and stop at Saigon.

The Admirable Establishments for MICE Tour

Not only does tourism have to satisfy the needs of sightseeing, exploring, and relaxing, but it is also necessary for business. In that sense, MICE (Meeting – Incentive – Convention – Exhibition) is a new type of travel that Ho Chi Minh City is competent enough to serve. The destination is equipped with some admirable establishments for meeting and exhibition all season, which meets the standard of the international guests. More and more business people travel to Saigon, first because of the world-class conventions or exhibitions and then for traveling. 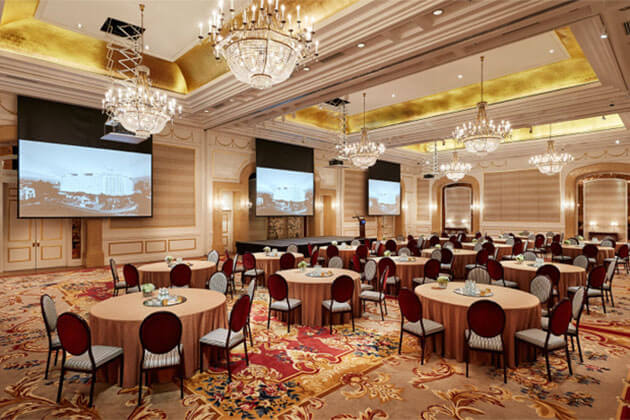 Without a doubt, the infrastructure, traffic matter, and social security play the important roles in building the MICE Tours in Ho Chi Minh City, and Vietnam in general. Understanding this, the city authorities attempt to take the sidewalks back for the pedestrians, reduce the number of dopers in the parks, or improve the road conditions. In particular, the way to Saigon Exhibition and Convention Center (SECC) in District 7 of Saigon has been upgraded, with less traffic jam, and more facilities of hotels, restaurants, commercial centers, etc., surrounding the center. Informatively, the SECC was established in 2008. Since then, this establishment has promoted the presence of various upscale hotels, restaurants, and event centers which are all successful. Moreover, consider Tan Binh Exhibition and Convention Center (TBECC). 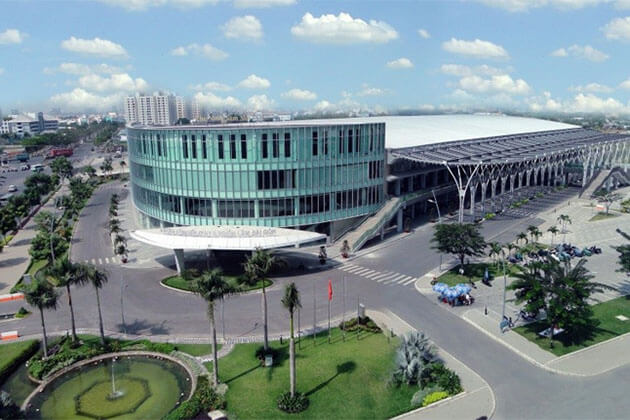 According to statistics, Ho Chi Minh City has around 1.446 accommodation establishments which meet the 1 to 5-star standards. In that number, there are 65 hotels of the 3-5 stars, and especially 13 hotels of the 5 stars include Sofitel Plaza, Intercontinental, Sheraton, Park Hyatt, Majestic, Rex, Caravelle etc… are ready to promote Vietnam Incentive Travel. The upscale constructions are well-equipped with the meeting and convention rooms of various sizes and for various needs.

To fulfill the need of “Incentive” in MICE, Ho Chi Minh City also owns the impressive list of tourist attractions and superb hospitality services to delight the visitors. It takes days to visit some of the best highlights of Saigon such as Ben Thanh Market, Reunification Palace (or Independence Palace), China Town, War Remnants Museum, Saigon Notre Dame Cathedral, Saigon Post Office, etc. Together with the abundance of tourist attractions, the city is excellent at pleasing the visitors with the entertainment parks, water parks, and shopping malls. Also, called as the sleepless city, Saigon is the most dynamic metropolitan region in Vietnam where the nightlife is exciting and diverse after midnight.

Aiming to be on par with the other hot destinations for MICE Tours in Asia like Bangkok, Hong Kong, Macau or even Singapore, Ho Chi Minh City is on the growth in developing the relationships amongst the travel companies, between the travel agents and the other businesses, and between the domestic firms and the international ones. As a result, this creates the strength and advantages for MICE to develop on all sides. Certainly, the spa services and shopping in Saigon are wonderful.

Saigon cuisine is derived from various regions, but Mekong Delta is the most influential one. The city is where to find almost every dish that Vietnam has been being famous for, such as Hanoi Pho (the beef noodle), Quang Noodle, Vietnamese broken rice, “Bun Mam” (a kind of dish which is fermented fish and served with savory vermicelli soup), Southern pancakes, etc. It’s certain that the MICE visitors will never run out of choices when they eat in Saigon. Together with the domestic eateries, the land owns a considerable number of fine foreign restaurants which ensure to delight the palates of everybody. Besides, don’t underestimate the power of the roadside food carts, small eateries, street vendors, and markets.

Though you can find dozens of the fine dishes to savor there, do not miss the top 5 including ‘Banh Mi” (Saigon sandwiches), “Com Tam” (broken rice), “Hu Tieu” (Rice noodle soup), “Bun Thit Nuong” (vermicelli noodles served with grilled pork), and “Bun Mam” (fermented fish vermicelli soup). Just a simple walking along the streets can shower you with various moments to find the yummy dishes.

Ho Chi Minh City has advantages and attempts to enhance the quality of MICE Tours, which can attract the international groups of businesspeople coming because of not only meeting and convention centers, but also incentives after the nice travel experiences. So if you are thinking of MICE in Southeast Asia and even Asia, getting it done in Ho Chi Minh City is definitely not a bad idea. Saigon, once called “the Pearl of the Far East,” is worth visiting all season.