Saigon enchants its visitors by its modern skyline and colorful lights. Recently, in spite of being renewed with a myriad of magnificent buildings and trendy ways of life, the city has still retained a seeable and distinctive history. When it comes to the Reunification Palace or (Independence Palace), you totally can picture what you want to know. As one of the finest colonial structures in Saigon, the palace is considered not only the symbol of Vietnam national independence but also a special national monument for its architectural and historical values. Let Saigon Local Tour gives you brief information as well as the guidance of this must-see place in Ho Chi Minh which travelers should never give a miss when setting foot here.

The Reunification Palace built on the site of the former French Palace of the Government, also known as Norodom Palace. In 1955, the South Vietnamese President Ngo Dinh Diem moved in and dubbed the structure. Diem would later order the demolition of this French-built structure after an attempted coup destroyed the left wing, and it was totally demolished in 1962. Construction of the new building finished four years later despite Diem’s assassination in 1963. From then until April 1975, the building housed South Vietnam’s leaders and acted as the workplace of the French Governor. 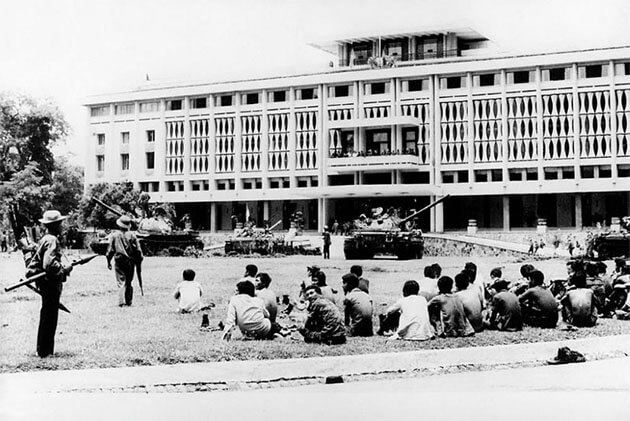 The palace marks its name as a historic place in April 1975 when the North Vietnamese Army whose tank rumbled on its main gate and put an end to the War. Thereafter, the palace was renamed the Reunification Palace in November 1975 and designated as a historical and cultural relic. Over fifty years on, it remains one of the few well-preserved structures in Southern Vietnam. Today, it’s still utilized to host important events in the city. 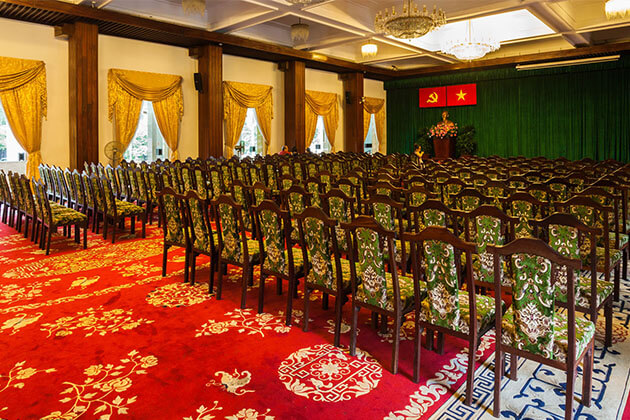 The Independence Palace consists of five levels. Perhaps the basement is the most fascinating of all. Fearful of the bombing attacks which had already targeted the building, Diem insisted on constructing as an underground tunnel system that was capable of withstanding bomb blasts. It was also arranged with meeting rooms and a command center. Towards the end are rooms where displaying videos appraise the palace and its history in Vietnamese, English, French, Chinese, and Japanese. Upstairs is a grand set of reception rooms which were used for welcoming foreign and national dignitaries. The third floor features the presidential library, card-playing room, an entertainment lounge, and a barrel-shaped bar while a cinema and casino placed on the fourth floor, complete with a helipad on the rooftop. At the back of this structure is the president’s living quarters.

What to see in the Reunification Palace

Besides the impressive and stunning interior of the Reunification Palace, the armament remnants outside are worth your visit as well.

The 843 tanks were manufactured in Russia and it was the first tank attempting to ramp down the gates of the Reunification Palace in April 1975. It failed to bring down the gate, and it was the 390 tank which successfully crushed the gate and moved further to the main yard of the palace. This historical moment remarked the success of the long Ho Chi Minh revolutionary campaign and the official reunification and independence of Vietnam. 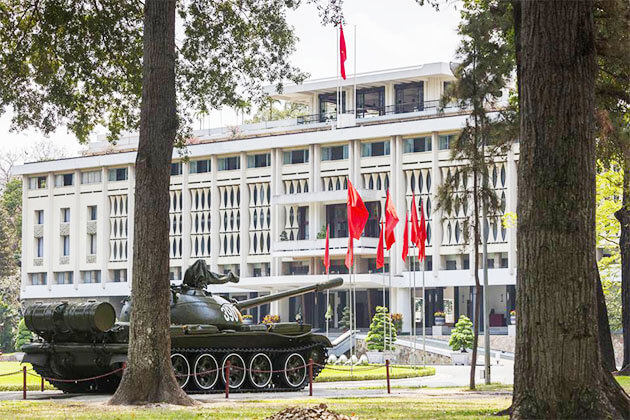 Both of the tanks are exhibited in the yard of the Palace are just the replicas of the real ones which are currently displayed in Hanoi.

This remnant is displayed in the roof of the building. Produced by a US weapon brand, it was used for inspection tours of President Nguyen Van Thieu. This helicopter can take off and make land on many surfaces and used for combat, war mission, training, and emergency evacuations.

Complete Guide to the Reunification Palace

How to get to the Reunification Palace

Address: 135 Nam Ky Khoi Nghia, District 1
As the Independence Palace is close to many prominent attractions of Saigon such as Saigon Central Post Office and Notre Cathedral Dame, you can easily take a leisure walk from there to the palace. Taxi is also a good choice for you to get to the site at a cheap price. If you prefer public transport, buses number 04, 18, 31, 36, 42, 52 are available and then walk to approach the attraction.

You can buy tickets at the main entrance, on the east side of the palace gardens. 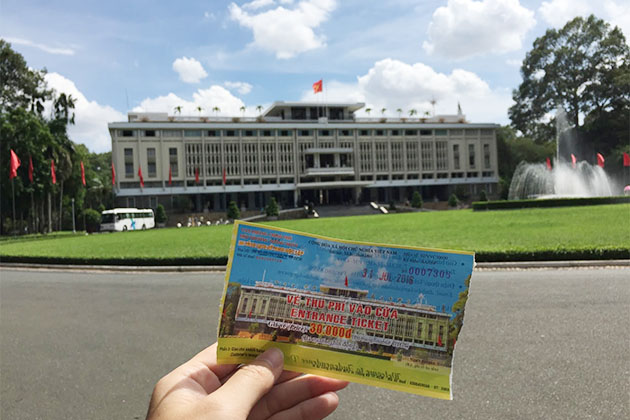 This is a historic and cultural relic of Vietnam, so you should dress properly by wearing clothing that covers up from your shoulders down to below your knees. It is always useful to take a scarf in your bag just in case.